The McRay family has been traveling to Israel and Palestine for 50 years, ever since John McRay—an archaeologist and New Testament professor—made his first trip in June 1967. Over the last 50 years, only 14 have not seen a McRay in the Holy Land. The McRays have dug in archaeological sites, led biblical and political tours, organized medical field trips, studied, volunteered with non-profits, worked as journalists, engaged in peacebuilding and storytelling projects, and more.

John and Annette led tours for decades, primarily focusing on the biblical and archaeological significance of the land. They handed the baton to their eldest, Rob, who has continued guiding Christian pilgrims over the last couple of decades. Their second son, David, leads medical students and residents each year for medical rotations in the West Bank and Israel. And now Rob is preparing to hand the baton to his nephew Michael. In 2019, Rob and Michael will co-lead their second tour together, introducing travelers to the biblical and archaeological sites, while also offering education on and encounters with the Israeli-Palestinian conflict that most tourists never experience. 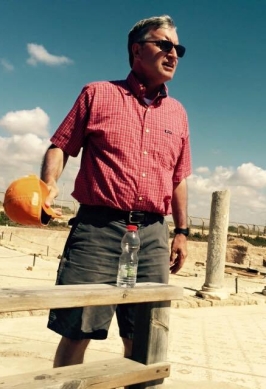 Rob McRay received his B.A. from Abilene Christian University and his M.A. in Biblical studies from Wheaton College, and did further graduate study in the Ancient Mediterranean World at the University of Chicago. He has served as the senior minister for several churches and as adjunct faculty in Bible at Lipscomb University in Nashville, TN. Rob has traveled extensively in the Middle East, lived with his family in Jerusalem as a boy, and led several Holy Land tours. He will bring biblical insights at many places we’ll visit, and lead our devotional and pilgrimage experiences. 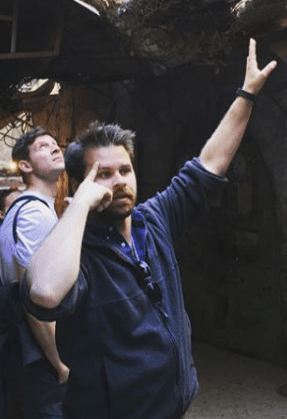 Michael McRay has a masters in conflict resolution and reconciliation from Trinity College Dublin in Belfast, as well as a B.A. in History from Lipscomb University in Nashville, TN. He teaches on the Israeli-Palestinian conflict and international conflict resolution at Lipscomb and in churches around Nashville. He is the author of Letters from “Apartheid Street”: A Christian Peacemaker in Occupied Palestine. This will be his 13th trip to Israel and Palestine. Previously, he worked with Christian Peacemaker Teams in Hebron, volunteered with the Al-Basma Center for the Developmentally Disabled in Bethlehem, and interviewed local peacebuilders on stories of reconciliation for his forthcoming book Stories that Might Save Us. You can read more at http://www.michaelmcray.com.